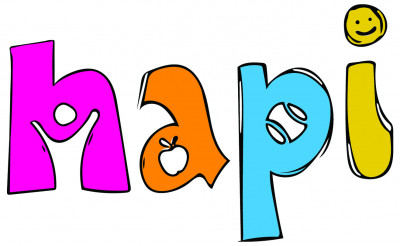 The GetFit Wales project was introduced to residents living in a Newydd Housing Association’s Independent Living Scheme as part of a visit by the Hapi (healthy, aspiring, prosperous and inclusive) team who were raising awareness of the Hapi project and sharing opportunities for how tenants could get involved.

GetFit Wales* aims to increase physical activity levels for those individuals on the project, reduce obesity, and make residents aware of the local services in the area in order to make positive changes to their social outlook and become more involved in community activities.

Tenant A, an 81 year old Newydd Housing tenant described that the lockdowns and being isolated for so long had affected their health as they weren’t able to go out, not even popping to the shops to get groceries and that they had got ‘stuck in a rut’.  Tenant A alongside four other friends and tenants showed interest in participating in GetFit Wales as this was something they could do independently, or as part of a small group and they also felt safe in doing so. The following week the participants were given a FitBit to loan for 12 weeks and were set up on the project.

Once instructed how to use the FitBit app and device, Tenant A was able to use the equipment correctly to track their step count and begun to have an interest in other data captured such as sleep and exercise tracking. After the 12 weeks ended the tenant was able to gain a FitBit and has continued on the project allowing us to view their step count.

Tenant A is exercising more than before with an average extra 1,860 more steps than when they first started.

*Getfit.wales is a platform that rewards people for being active. It works by linking the individual’s profile to their Fitbit account and allocates points on the amount of steps achieved over the NHS Choices recommended 10,000 steps per day.

We are using cookies to give you the best experience on our website. You can find out more about which cookies we are using or switch them off in settings.

This website uses cookies so that we can provide you with the best user experience possible. Cookie information is stored in your browser and performs functions such as recognising you when you return to our website and helping our team to understand which sections of the website you find most interesting and useful.

Strictly Necessary Cookie should be enabled at all times so that we can save your preferences for cookie settings.

If you disable this cookie, we will not be able to save your preferences. This means that every time you visit this website you will need to enable or disable cookies again.