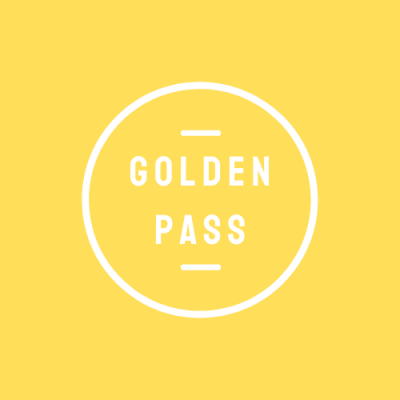 A Golden Pass model strongly linked to behaviour change has been developed to target inactive people located in areas of deprivation in Barry.

The aim of this project is to:

The Healthy Living Team at Vale of Glamorgan Council coordinated the Golden Pass scheme, a behaviour change intervention, offering residents 8 weeks of free activity in the community. Barry was the focus for the pilot project with the following eligibility criteria; participants must be –

Once participants completed the sign up form, they received a Welcome Pack which guided them to set goals to become more active in their day-to-day life and sign up to local activities of interest.  Participants that are ineligible due to for example health conditions, their location or
current activity levels are signposted the National Exercise Referral Scheme (NERS) or other community activity dependent on their circumstances.

The funding partners for this project were Sport Wales and Cardiff &amp; Vale University Health Board.

Partners have been supportive of the scheme since inception. The scheme has allowed Referral Partners to help service users access high quality community provision. The scheme has helped some Activity Providers bounce back after COVID by building their membership base back up. The Golden Pass has also helped Activity Providers access people who may have not attended their provision before for reasons such as not knowing the activity existed, not sure how to start or financial concerns around value for money. The 8-week taster opportunity is seen as a risk-free gateway for people accessing provision long term.

“This is a great scheme which has enabled me to become involved in yoga which I am still
enjoying”.

“The gentle exercise class is good because we all feel comfortable, and we even sing along”

During the 8 week Golden Pass intervention, group average changes from the pre and post evaluations were noted:

Due to the success of the Barry pilot and large demand from the public outside of Barry, new activity hubs have been launched in Cowbridge, Llantwit Major and Penarth from April 2022.

The scheme was designed so Golden Passes could be distributed to partners and via other marketing methods which were most effective at accessing inactive people. Early indicators suggest that working with partners has been useful to promote the scheme, but they have not been the most effective route to access participants in the early stages.

Contrary to expectation, social media platforms (predominantly Facebook and Twitter) were the most prevalent way residents were made aware of the scheme. Work will continue with the Vale of Glamorgan communications team to promote the scheme but also traditional marketing methods to engage residents who may not use social media will be explored.

Due to the expansion of the Golden Pass in the Vale’s population centres (Barry, Cowbridge, Llantwit Major and Penarth), the Golden Fund will be available for groups in these areas to start new activity which will complement the activity menu in each area. However, a special focus will be placed on the Vale’s rural communities, so for people who find the major towns hard to access, they can still engage with activity closer to home. Partnerships will be built in these smaller areas so groups can add physical activity to their offer. Example target partners are community councils and local village halls who have access to residents in these areas.

We are using cookies to give you the best experience on our website. You can find out more about which cookies we are using or switch them off in settings.

This website uses cookies so that we can provide you with the best user experience possible. Cookie information is stored in your browser and performs functions such as recognising you when you return to our website and helping our team to understand which sections of the website you find most interesting and useful.

Strictly Necessary Cookie should be enabled at all times so that we can save your preferences for cookie settings.

If you disable this cookie, we will not be able to save your preferences. This means that every time you visit this website you will need to enable or disable cookies again.